What Is The Value Of ‘Quality Continuing Education’ To A Salon, Its Salon Artists And Its Guests? 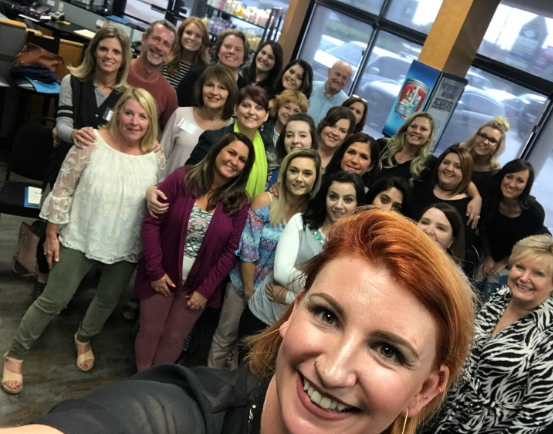 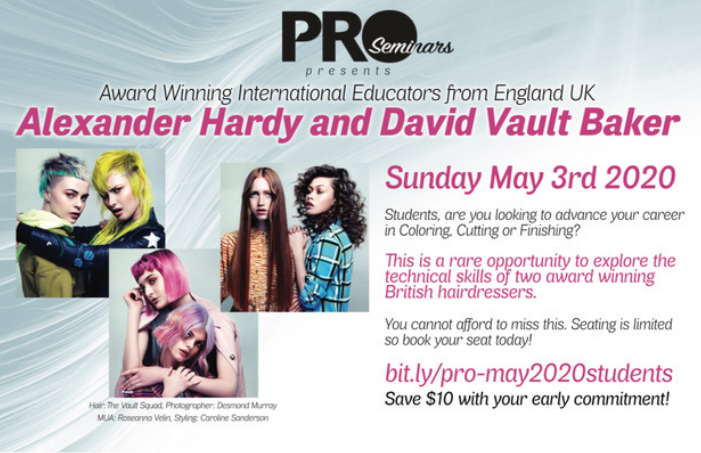 HOW DOES EDUCATION HELP A SALON/STYLIST TO BE SUCCESSFUL?

I can only speak for myself, however, it seems to me there are 3 major challenges that every salon artist faces daily. We know that hair, as fashion, is constantly changing. What is trendy today is gone tomorrow.

Quality education allows us to see tomorrow’s looks today so we can stay ahead of our industry. Staying current is only part of the challenge we face. Creating beautiful hair is never the issue. Managing my guest’s expectation while being able to provide my own artistic satisfaction has always been my greatest challenge. Quality and continuing education provides the skill and desire for me to help mentor my guests so I have the energy to guide them to ‘their own look’ that is both flattering to them and manageable on a daily basis. To me that is success, a win for them and a win for me.

Education is what provides my vision, gives me the tools and the energy to successfully manage guest expectation. In the absence of quality continuing education the salon artist quickly becomes the salon stylist. The person who has run out of fuel. Their career is no longer an amazing journey where they have an opportunity for satisfaction with every guest they work with.

When your vehicle is about to run out of fuel, what do you do? I have learned that for myself and the incredible team members I work it is just better to fill up than to run out of gas.

PROseminars is the solution that Metropolis Hair Fashions provides not only for our team but for the Knoxville community of salon artisans. Since 1994 (salon opened in 1993) Metropolis Hair Fashions has hosted more than 50 major educational events that have included some of the world’s most awarded and talented guest educators from the USA, Canada, Australia and the UK.

PROseminars is the ideal learning opportunity, a program presented by hairdressers to benefit hairdressers. There is only one goal, “To provide the very best education, for a small audience, at an affordable price.”

When are the classes?

Where will the classes be held?

What kind of classes will be presented?

Classes will cover the entire spectrum of our everyday work – cuts, color, and business building and more.

How many stylists may attend?

Because of the costs of quality education we will need a minimum of 25 hairdressers to enable PROseminars to be a success. In order to maintain quality, the class size will be limited to 35 persons. Seating is limited and will be available on a first come first serve basis.

How much will it cost?

Prices will be set at the beginning of the year and will be determined by the educator’s fees. A fraction of what it would cost to travel to these cities to attend this caliber of education.

Who do I contact to join or find education?

Clive Lamb is one of the leaders in American Hairdressing today. He was born and raised in London, England. Clive’s work has appeared in countless fashion and beauty publications you enjoy today!

Northern England Hairdresser of the year.

Brian and Tracey have maintained a blistering educational pace presenting amazing color and cuts to single salons as well as audiences of 200 or more. They are also offering limited seating sessions with local clients. Brian Grieve will present the techniques behind a money making cut. See his video here at modernsalon.com

For 7 years Nic Arrojo was the hairdressing host for the hit TV program What not to Wear. Join us when Tabitha and Lee from ARROJO EDUCATION provide 2 days of professional training. ARROJO presents hands-on cut and color inspiration Sunday, April 22nd or Monday, April 23 2012. Looking at the importance of their symbiotic relationship, and highlighting a modern approach to coloring the cut to enhance the definition of each shape and style, this is a special opportunity to increase versatility, learn contemporary trends and techniques in two disciplines, and ignite your creative spark.

Great talent always returns! Alexander Hardy, London, is hot off winning L’Oreal’s “Like Your Style 2011”. Not only will Alex be demonstrating his award winning cutting style, he will be sharing his Secrets to Facebook Success. Brian and Tracey have maintained a blistering educational pace presenting amazing color and cuts to single salons as well as audiences of 200 or more. Do not miss the fun, the fashion and the passion when the the Big 3 bring London and New York style and talent to Knoxville.

The last time PROseminars was visited by The Hair by JFK Team of Faruk Mohammed and Sandy Cairds was when Hurricane Ike hit Houston, Sept 2008. The cost of fuel in the Southeast eclipsed $5 a gallon and the global economy of the hairdressing world seemed to turn upside down overnight. When Sandy and Faruk return in Spring 2011, they return with a repurposed vision that not only includes the creative salon-usable colors and cuts you expect, but the strategies needed to build successful clienteles and profitable salons. With his newest salon barely a year old, Faruk will offer a bonus “client building & retention” presentation showcasing some of the promotional tools and concepts that are responsible for his team and salons to be on a fast track for success.

Britain’s largest academies, the Rainbow Room International, PROseminars proudly present Suzie McGill and Luke Walton. Walton is head of education for the academy and international academies while McGill is creative director for RRI as well as former Scottish Hairdresser of the Year Finalist.

Trained in Perth, Australia Gareth Palmer has an engaging charisma that is evident whether he is behind the chair, in a classroom or on stage!

After a fifteen-year tenure with the Vidal Sassoon organization, Kenny Berk transitioned to Redken NYC as a global educator while maintaining a select clientele at Utopia Salon. Mr. & Mrs. Berk, also a Redken educator, demonstrated color and cut Sunday or Monday, April 13-14, 2008.

Northern Ireland Hairdresser of the year.